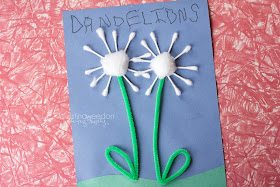 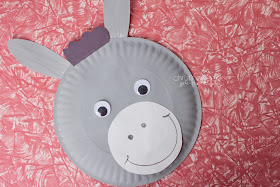 This was a big hit in our house! The steps were simple, and could be personalized in so many ways. Our steps went something like this... paint a plate and some white construction paper gray {if you've got gray paper, feel free to use it!}, then set aside to dry. Cut a circle from white paper, and draw on a smile and nostrils. Cut a bit of a mane from from black construction paper. Cut ears from gray painted paper. Attach the parts and pieces with glue, then add a pair of wiggly eyes.
Share